AXIS Loitering Guard monitors an area of interest and sends an alarm if people, vehicles, or other objects move around inside the area for too long. This behavior is considered loitering. The alarm can be used by Axis network video devices, and by third-party software, to, for example, alert security staff or record video.

To reduce false alarms, use filters to ignore objects such as swaying foliage and small animals.

Use profiles to create multiple configurations, for example for daytime and nighttime or for different parts of the scene. Each profile has its own settings and generates its own alarms.

Before you start to use the application, consider the following recommendations:

Set up the application

This is an overview of how to set up the application.

How to work with profiles

Each profile triggers its own alarms and has its own settings, making it possible to create events with different actions in the camera and third-party software. For example, to use one configuration during the day and one during the night, create two profiles with different settings. Then create one action rule for each profile and use daytime and nighttime schedules as additional conditions.

How to create a profile

How to delete a profile

How to connect a profile to a PTZ preset position

Each time the preset position changes, the application needs to recalibrate.

To show what triggered an alarm in the live and recorded video stream, turn on alarm overlay. When alarm overlay is turned on, a rectangle is shown around objects that trigger alarms.

The alarm overlays are burnt in to the video stream. You can’t remove them from recorded video.

Use the mouse to reshape and resize the area so that it only covers the part of the image in which loitering objects should be detected. The default rectangle can be changed to a polygon with up to 10 corners.

You can create up to 3 exclude areas.

Use the mouse to move, reshape and resize the area so that it covers the desired part of the image. The default rectangle can be changed to a polygon with up to 10 corners. 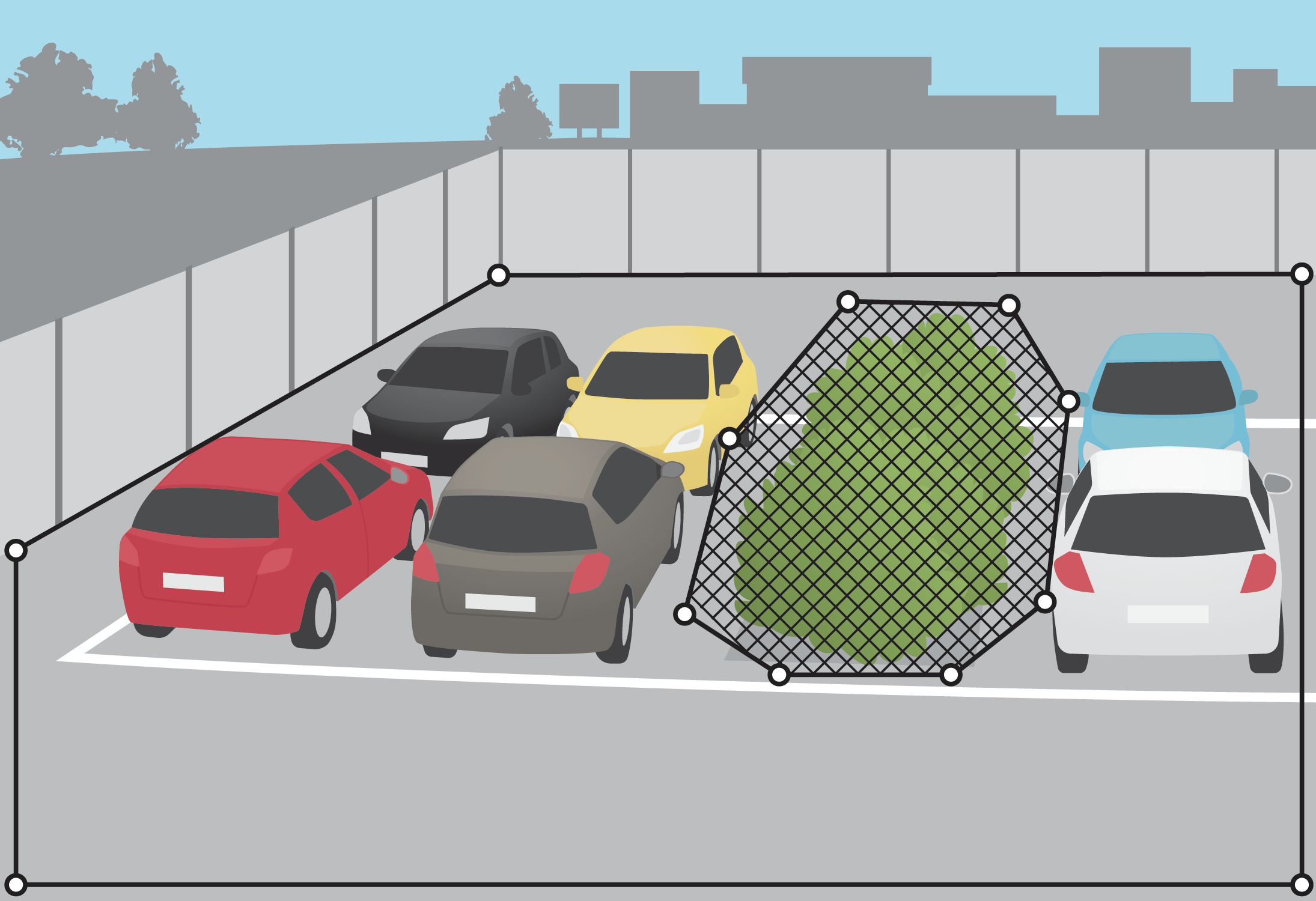 Loitering conditions define when there is loitering in the area. Set the maximum time an object is allowed to loiter before an alarm triggers and then choose between the following conditions:

You can combine the conditions by creating different profiles. Both conditions cannot be selected in the same profile. See How to set up both individual loitering and group loitering.

If the application triggers too many unwanted alarms, start by modifying the include and exclude areas. If too many alarms are still triggered, use one or more of the filters:

Filter small objects in a scene with depth

Place vertical bars in the image to calibrate perspective. The bars represent physical objects at different distances from the camera.

If there is a fence with 2 meter high poles extending from the camera towards the horizon, position the bars at the fence poles, adjust their lengths and enter 200 cm (6 ft 7 in) in the fields.

How to filter small objects in a scene with no depth

When the swaying object filter is turned on and the application detects an object, the object does not trigger an action until it has moved a distance larger than the filter size.

Set up the swaying objects filter

The filter ignores any object moving a shorter distance than that from the center to the edge of the ellipse.

Use visual confirmation to make sure that all objects that should be detected are detected.

There are two types of visual confirmation in the live view:

How to use the application in multichannel products

In multichannel products, the application can be used on several channels simultaneously. Each video channel has its own profiles with an include area, exclude areas, and filters.

For a complete list of supported multichannel products, see www.axis.com

Record video when there is an alarm

The following example explains how to set up the Axis device to record video to an SD card when the application triggers an alarm.

How to set up both individual loitering and group loitering

This example explains how to set up two profiles with different loitering conditions.